There’s something about Sommieres

The first time I visited Sommieres was the year we were married. Some friends told my husband about a bull fight happening in the town just 2 days after our wedding which we had to go to. It wasn’t your usual bull fight but one performed with midget matadors. We still have the poster framed in our downstairs cloakroom to remind me of one of the most bizarre evenings I’ve ever had. I won’t go in to to it too much, it was just plain weird.

3 years later, this time accompanied by our 1 year old, we went to Sommieres under much better circumstances, to visit their weekly flea market which is one of the best we’ve ever found. That year we bought a child’s 1950s deckchair, a beautiful platter and the best ceramic water jug I ever did see which I use all the time for drinks and flowers and even to display the odd potted Hydrangea. So today, 5 years on from the midgets, we went again and this time accompanied by our 3 year old and 1 year old and the promise of all kinds of treasure to be uncovered.

We didn’t do as well around the market this time but I did buy some lengths of embroidered fabric which might one day edge some curtains – when I live in a house with curtains and have time to edge them – and my husband found some beautiful silver serving spoons and a pair of 19th century meat sheers which he can use to dismember chickens and turkeys. I have no doubt they’ll be used every Christmas for years and years to come. No really.

But the highlight of the day came when we ventured in to the walled town centre in search of lunch. The main square was in full Saturday market swing with stalls over flowing with meats and smelly cheeses and fresh bread and rotisserie chickens. The hustle and bustle and absence of English voices was quite exciting. There were restaurants spilling out in to the square packed with people tucking in to platters of oysters and chunks of bread with cheese all being washed down with carafes of cold rose. We quickly realised everything they were eating had been bought from the market and the restaurants were happy to just serve drinks and allow the use of their trestles and benches. So now it was just to find an empty table and gather together some delicious things, which we eventually did, promising ourselves that next time we’d come early and organised and remember to bring a knife to cut the salami.

So today I have learned that you can’t always judge a town by its midget matadors and that my 3 year old is really rather good at sneaky photography with an iPhone. 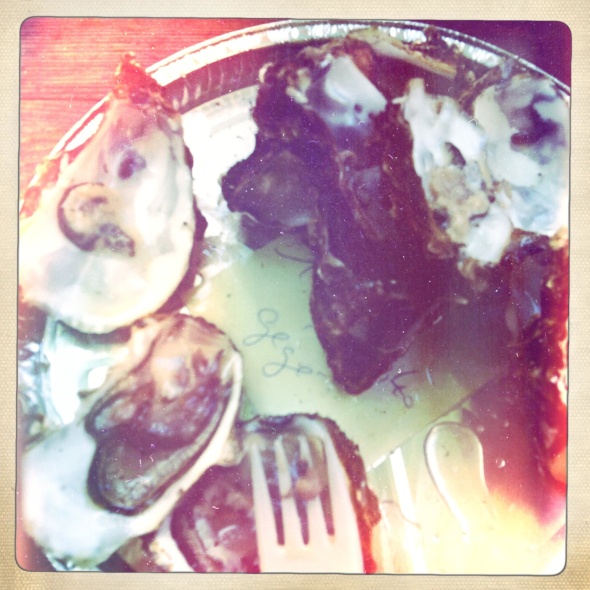