Absolutely Nothing To Talk About : Minnie Driver

She’s an Actress, Musician and Mother as well as being an extremely stylish, funny and inspiring lady. 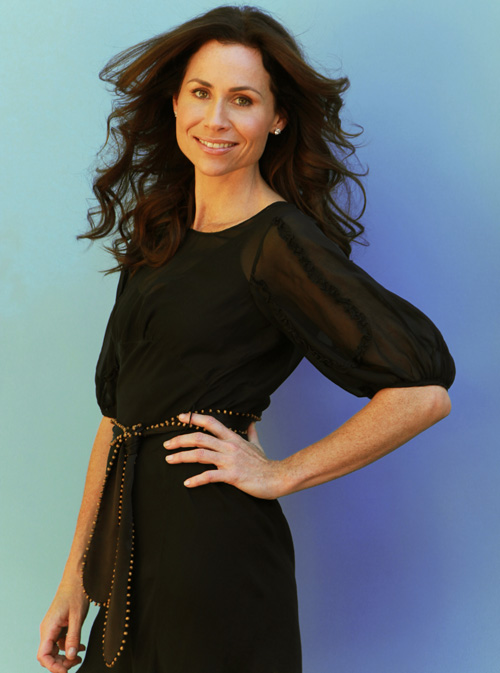 Absolutely Nothing To Wear…..

Times are hard. I can’t spend the usual on clothes for me, with my three year old now in school and growing like a weed. If I WERE to shop it would be at a series of stores near my house in LA called Lost and Found it is a heavenly place.

For now, I went shopping in my closet and found : very odd, never been worn, oatmeal canvas and red leather loafers from Tod’s. Sort of awful until you wear them with white shorts and your boyfriend’s cotton knit, navy blue, fisherman’s sweater.

Also, a black silk Vionnet shift dress which I was vehemently told NOT to belt by a stylist but which obviously looks far better belted. ( I found a very thin dark green leather one from J Crew)

Absolutely Nothing To Listen To…..

Here is a play-list that will make you very happy…

Absolutely Nothing To Read…..

And Middlemarch by George Eliot; I read it on a beach in Greece once and the juxtaposition of book and location was thrillingly inappropriate and enjoyable.

Absolutely Nothing To Watch…..

Fishtank, directed by Andrea Arnold.  She is just a brilliant director and Michael Fassbender is about as good as it gets.

The Inbetweeners – you can keep your Madmen, I love the boys.

Absolutely Nothing To Eat…..

I just got a new grill and if I can get it at the market, its been grilled. Favourite combination so far is fresh pineapple and salmon marinated in ginger, sliced up orange, soy sauce, agave and garlic. The pineapple caramelizes and the fish gets the crispiest most delicious skin you’ve ever tasted. Ridiculous.

Absolutely Nothing To Do…..

Nature walks with my son. We make a list of things we’d like to find. I try to add seasonal likelihoods to balance out the dinosaurs. We take a bag and it becomes a lovely, lazy treasure hunt.

Absolutely Nothing To Smile About…..

On the morning of his second day of school ever I woke my son up saying  ” Come on chicken you’ve got to get up and go to school” and he looked at me askance and said “Again?“